Earning a college degree is a sizable investment. For the last century, tuition rates at universities have risen annually by around two to three percent, which is higher than the rate of inflation and growth of median income. According to the College Board, average published tuition costs are now $9,139 at public in-state colleges, $22,958 at public out-of-state colleges, $31,231 at private non-profit universities, and $15,230 at for-profit private universities.

That’s why it’s so essential for incoming students to do their homework on a college’s value before enrolling. Overstepping your financial means can lead you towards higher education’s biggest concern–debt. After all, Forbes found that American student loan debt reached the staggering milestone of $1.56 trillion in 2019.

Let us help you find the values of a college education.

Getting your online associate’s in ag will give you a great start in the business.

Best Degrees for the Future

You want to know which bachelor’s have the best ROI over the next 10 years.

Find out which programs offer the fastest graduate degrees in public health.

There are superb opportunities in these best paying business career fields.

These online certificates will get you into a career more quickly and cheaply than you thought possible. 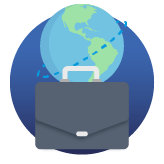 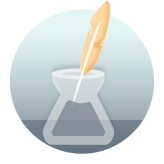 At four-year colleges and universities, students typically have the option to obtain a Bachelor of Arts (B.A.), Bachelor of Science (B.S.), or Bachelor of Fine Arts (B.F.A.) in their chosen area of specialization.

A student with a bachelor’s degree who seeks to further her education can return to graduate school to achieve a Master of Arts (M.A.), Master of Science (M.S.), or other specialized master’s degree. 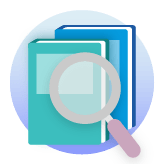 Doctoral degrees are terminal graduate research-oriented or professional programs that offer the highest level of academic training in a given field.