For most people, island destinations are for dream vacations, not higher education. But if you love the island mystique and lifestyle, why not roll higher education and vacation destination into one by studying at one of these island colleges on Canadian or U.S. soil? The islands pictured here have something for every taste — from Pacific tropical sandy beaches to Canadian rain forests to the U.S. Gulf Coast.

To make our list of island colleges, an institution had to have a clear island identity (with all inhabitants fully aware they live on an island) and an island aesthetic (water and marine animals close at hand). Thus we did not include, for example, colleges found in the island boroughs of New York City (sorry, Big Apple).

To further narrow the field, we chose only public institutions offering degrees at the bachelor’s level. If a university has several campuses, we selected the main campus. Schools were then ordered based on their out-of-state or non-resident tuition. For students willing to do a little extra paperwork, make college a travel adventure, and in some cases learn a new language, the savings en route to a bachelor’s degree can be astounding in many cases.

Note: All tuition prices are annual and expressed in U.S. dollars based on the exchange rate at time of publication (1 USD = 1.34 CDN). Some schools include certain fees in their tuition totals. All figures were given by the school website unless otherwise noted. These figures do not take financial aid into consideration. Students will need to look into visa issues depending on their citizenship and will want to consider which of these extremely varied island settings fits best with their educational and lifestyle goals. 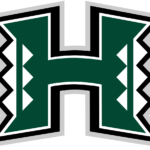 With its 20,000 students and more than 90 fields of study at the bachelor’s level, University of Hawaii at Manoa offers the amenities of a larger mainland university with the advantages of an amazing island setting. The Manoa campus is just three miles from downtown Honolulu. One mile away from campus is Wakiki, where students enjoy the university’s aquarium on a living reef along the beach. Nearby is also the only university-owned tropical arboretum featuring native flora.

Texas A&M’s “Island University” is located on Ward Island in Oso Bay — the only university located on its own island. Though close to major cities like Houston and Brownsville, students take advantage of classic island activities like windsurfing, fishing, and boating in the sunny Gulf of Mexico. Others will prefer the more relaxed activities of lying on the beach, savoring local seafood, or taking in one of the many cultural events. Corpus Christi’s 11,000 students choose from more than 80 of the most popular majors in Texas. 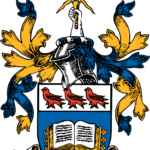 British influence is everywhere in Greater Victoria, the capital of British Columbia on Vancouver Island. Murchie’s is where locals have gone for teatime since 1894, with well-heeled tourists turning to the world-famous Fairmont Empress (book in advance!). UVic is consistently ranked among the the top three comprehensive Canadian universities by Maclean’s Magazine. The mildest climate in Canada attracts 20,000 students to experience beautiful gardens, majestic trees, and the rocky Pacific coastline. 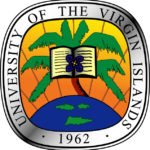 University of the Virgin Islands is a historically black institution with a student body of 2,500, located in the heart of the Caribbean. For a very reasonable tuition, students can attend a Caribbean college and choose among 37 undergraduate and 8 undergraduate degree programs. Tropical sun and breezes are abundant on campus at John Brewer’s Bay beach.

Camuson College on Vancouver Island offers a competitive tuition, even for non-Canadians. The student body of 19,000 includes 1,000 international students and another 1,000 from Canadian First Nations peoples. The tree-lined Lansdowne campus boasts stunning views of the city of Victoria, with the Olympic Mountains of Washington towering in the distance across Juan de Fuca Strait. 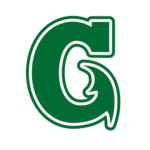 Founded as a teacher-training school in 1952, UOG now enrolls over 3,000 students enjoying 34 undergraduate degree programs and 11 graduate degree programs. This largest island of Micronesia is roughly 30 miles long by 10 miles wide and is the site of a significant U.S. military base. Tourists flock to this territory of the U.S. in the Western Pacific to enjoy the island flora and fauna along with golf and shopping. 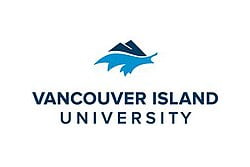 Vancouver Island University’s motto says it all: “Enjoy the journey, love where you learn.” Students at VIU’s main campus in Nanaimo find it hard not to love where they learn, nestled on the southeast side of naturally stunning Vancouver Island. The frequent light rain of the island grows forests boasting some of the biggest hemlocks and western red cedars in the world, while sea lions, seals, and orcas play in the Strait of Georgia. VIU’s body of 20,000 students study in such programs as the Humanities, Science and Technology, Business, and Tourism and Hospitality, all at a very reasonable tuition for both Canadians and non-Canadians.

The University of Prince Edward Island is a public liberal arts institution with about 5,000 students. The sole university on the Island has experienced significant growth in recent decades, boasting a supportive learning community with a large variety of degree programs. Prince Edward Island is unique among our island college settings. It offers the rural old-world appeal of Canada’s smallest and least-populated province. Confederation Bridge (see above) to the Island is 8 miles long and cost over C$1 billion to build. 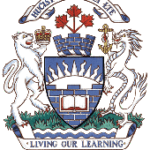 Stately Royal Roads University is fit for a king. Its Hatley Castle was purchased by the Canadian government  in 1940 to house the royal family of England during WWII (a plan which never materialized). In 1995 what was Royal Roads Military College was transformed into a public university offering applied and professional degrees up through the doctoral level. The campus is located above the saltwater Esquimalt Lagoon, boasting abundant wildlife and breathtaking views of the Olympic Mountains of Washington across the Strait of Juan de Fuca.

The School of Plastic Arts of Puerto Rico trains students in seven different bachelor’s concentrations in the visual arts, such as photography, sculpture, painting, and fashion. For a very affordable annual tuition price, students can enjoy the campus setting  of the beautiful historic district called Old San Juan — itself an island on the north side of Puerto Rico. “Viejo San Juan,” founded in 1508 by Juan Ponce de Leon, wows visitors with its walled fortifications and Caribbean-hued colonial architecture. If you are an aspiring artist, consider attending college in the Caribbean.

The Northern Mariana Islands of the West Pacific was the site of the WWII Battle of Saipan when the United States took the island from Japan in a turning point of the war. These beautiful islands are now a commonwealth of the U. S. Students at Northern Marianas College (founded 1981) can study in liberal arts, business, and nursing at the associate’s level, and can earn an education degree at the bachelor’s level. The flora of the Islands is primarily limestone forest, with coconuts, papayas, and hot peppers growing wild. 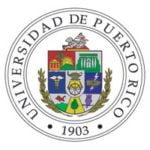 The University of Puerto Rico has the greatest diversity of undergraduate degrees offered on the island and is also the most selective in admissions. The Rio Piedras campus has the largest student body (about 15,000) of the 58,000 spread over the 11 campuses of the University of Puerto Rico system. Students looking for a larger university experience and who love the Caribbean college atmosphere will be attracted to the average 82 degree temperatures year-round and the diversity of tropical scenery throughout this U.S. territory. 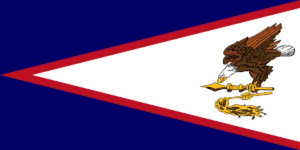 Located near the American Samoa capital of Pago Pago in the South Pacific, American Samoa Community College is now authorized to award a bachelor’s degree in elementary education. The College’s 1,276 students can also enroll in programs in liberal arts, vocational-technical, and general education. The five islands and two atolls of American Samoa enjoy an average temperature of 82 degrees year round, and 80% of the population speaks English. 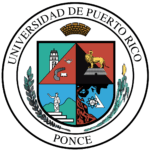 The Conservatorio de Música de Puerto Rico is among our most affordable island college options for music lovers. Important links exist between the Conservatory and the island’s classical music scene, including hosting the Puerto Rico Symphony Orchestra and other well known performers. The campus is located in the middle-to-upper-class historic Miramar section of San Juan, with its mature trees and peaceful streets.

Our lowest-tuition island university, the Colegio Universitario de San Juan, offers bachelor’s degrees in Business, Nursing, Criminal Justice, and Technology. And with just around 1,900 students, the College is among the smaller on our island colleges ranking, offering a more close-knit setting for those students wishing to study for a bachelor’s degree with Spanish-language instruction. The College produces graduates who are agents of positive advancement for the good of Puerto Rico.