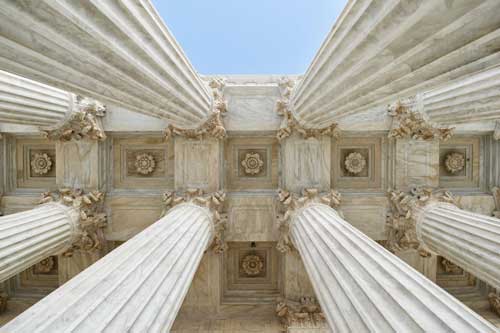 Jobs for political science graduates are actually quite varied. There are a number of career paths students can pursue in this discipline. Here are five of the best jobs poli sci majors can work to obtain upon graduation.

Perhaps the most obvious career path for political science majors is to take jobs in government. There are plenty of jobs available on the federal, state and local levels in a number of different departments, which students can choose from depending on their interests and abilities. Students can become politicians outright and run for public office. If that isn’t to be, working on political campaigns can be a great way to put this degree to good use. Another option is to work in planning, zoning or other key roles that local governments need to keep their communities safe, functional and great places to live.

For political science graduates who may want to work in a more traditional business environment, the field of public relations is almost perfect for the skillsets these graduates possess. Every company is concerned about its public reputation in this day and age and many employ public relations professionals to manage their image. This job is projected to be in high demand going forward, making it a solid career choice. It pays very well – typically in the six figures – too. Public relations specialists may be called upon to write press releases, give press conferences and offer advice to executives on how to avoid or handle blunders.

Becoming an attorney is another great option for students in this field. Attorneys often either work for government or work to keep it in check. They give advice, conduct legal research and interpret past legal cases for their clients. A background in political science will put attorneys in a good position to work for politicians, government departments and other areas of politically-focused law. A political science major is a good degree to have both to get into and succeed in law school. To become an attorney, students need to complete three years of law school in addition to their undergraduate degree. They then must pass the bar examination in the states where they wish to practice law.

Political science majors also make great historians, especially if their historical interests largely revolve around historical politics and politicians. Historians can be employed as writers, museum workers, professors and a wide variety of other professions. Political scientists make great historians because they understand the social, economic and political factors that influence history. Many historian positions require a master’s degree or higher and their average annual salary is $61,140 per year according to the Bureau of Labor Statistics.

Poli sci is a varied discipline that lends itself well to a number of different careers. This gives students a lot of flexibility when it comes to looking for a job upon graduation. All of these jobs for political science graduates are good choices.