What Is Geographic Information Systems?

Contents
GIS: The Basics
How It Works
Applications, Today and Tomorrow

For those interested in any of the many technical degrees or technical studies out there, the science and study of geographic information systems, or GIS, may be of some definite interest. So, what exactly is GIS, and how is it being used for today and even tomorrow’s applications? Follow along for the scoop on this rapidly growing and very impactful technology. 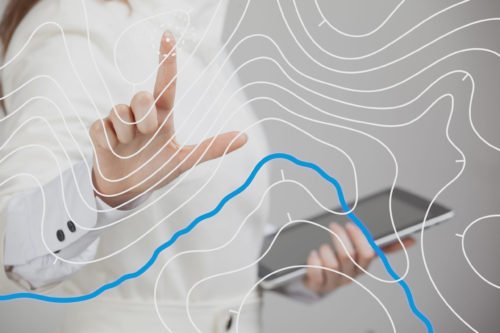 A GIS is a computerized system that records, analyzes, organizes, stores, and presents upon request information regarding geographic space and time. One of the most widely recognized forms of GIS can be found in the common mobile phone GPS system used by countless people every day to track and direct movements and travel. There are also many other applications for this technology, as we will cover below, that combine many bits of data to create a complex picture of geo-spatial relation.

So, how does such a complex information system work? While there are truly many components and scientific disciplines behind GIS, the main principals of its operation work something like this. First, a whole battery of data is recorded about a certain geographic area by way of information-gathering aircraft, satellites, balloons, and a number of other methods, mechanisms, and tools. This data, along with the factor of time, are all then analyzed and combined to generate an accurate time-space representation of that area.

Per The National Geographic Society, from here, the data is then stored for the end user’s use by way of one of two possible digitized file systems – vector or raster. In vector storage, data is held using patterns of polygons, lines, and points and is most useful for the representation and storage of data with “firm” borders such as what may be seen in country, state, or county borderlines. Conversely, raster data storage methods utilize grids of cells or pixels to represent the various pools of data in digital format.

Today, this technology is used most commonly in GPS systems in vehicles and electronic devices. However, it is also beginning to see wider use in the analysis of other elements of our world: weather, human populations, animal populations, ice shelf and tectonic plate movements, flood zone water activity, and more. As GIS is the world’s first computerized imagery and perception system, it undoubtedly lays the groundwork for or will itself act as the premise for sensory perception in AI, or artificial intelligence, going forward.

All things considered, the implications of GIS are profound. Having already changed things greatly in our own current times, this technology is certain to be entwined in human ability going into the indefinite future. For those with technical degrees and a plan to work intimately with geographic information systems or simply the common man, GIS technology will likely be an integral part of all lives at some point in the not-so-distant future.