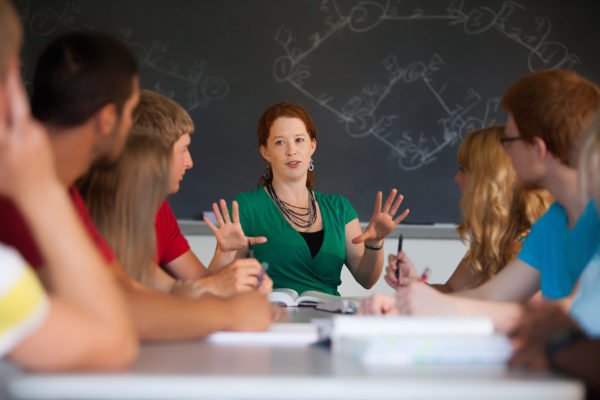 There are many reasons a student might want to attend a liberal arts college. Besides the fact that liberal arts schools tend to focus more on undergraduate students and programs, they also offer more financial aid, teach smaller class sizes, and encourage critical thinking and discussion at a comparatively higher level. Students who graduate from liberal arts colleges tend to enter the workforce as well-rounded people.

Founded in 1770, the College of Charleston is the 13th oldest college/university in the United States. Three of the College’s founders would go on to sign the Declaration of Independence — a fact that’s likely to thrill any liberal arts-minded prospective student. As a public liberal arts institution, the College of Charleston aims to “encourage and institute youth in the several branches of liberal education.” Popular majors include business, visual and performing arts, psychology, and biological and biomedical sciences.

Students can get exactly the education they desire at The Evergreen State College, a public liberal arts school located in Olympia, Washington. Evergreen’s non-traditional undergraduate curriculum allows students to design their own study paths. Instead of majors, students enroll in interdisciplinary academic programs. These unique programs allow students to study a variety of disciplines in a well-organized way. Additionally, faculty-written narrative evaluations replace letter grades. At the end of their undergraduate career, students graduate with either a Bachelor of Arts in Liberal Arts or a Bachelor of Science.

Fort Lewis College has a unique history. Although it started out as a military fort, Fort Lewis was turned into a boarding school for Native Americans in 1911. Today, it continues to offer a tuition-free education for Native Americans who qualify. All Fort Lewis students receive a solid liberal arts education. After completing a core curriculum, students may pursue one of 30 different bachelor’s degrees, the most popular of which include music, teacher education, economics, and marketing.

Georgia College & State University has officially been named The Peach State’s “Public Liberal Arts University.” As such, it provides over 7,000 students with a solid core curriculum and myriad different majors. Perhaps not surprisingly, Georgia College has graduated quite a few alumni who are notable for liberal arts-type accomplishments. These include the writer Flannery O’Connor, bestselling author Sherrilyn Kenyon, and historian Helen Matthews Lewis.

Founded in 1909 as a teacher’s college, Keene State College is now one of the country’s best public liberal arts colleges. Keene offers more than 40 undergraduate degrees in the liberal arts, sciences, and social sciences. Some of the most popular majors include music, education, psychology, journalism, architecture, and communication, to name but a few. Interestingly, Keene recently became the very first accredited university in the country to offer a bachelor’s degree in Holocaust and Genocide Studies. Keene State College was listed by The Princeton Review as one of “The Best Northeastern Colleges.”

Considering its name, it shouldn’t be too surprising that Massachusetts College of Liberal Arts (MCLA) makes our list of the best public liberal arts colleges. Initially founded as a teacher training center, MCLA today offers 19 undergraduate degree programs and 35 minors. Approximately 10% of MCLA students belong to the college’s Honors Program, a particularly distinctive program offering unique courses such as “The Mathematics of Fairness” and “Ethics and Animals.” After completing a capstone thesis, Honors Program students receive the title of “Commonwealth Scholar.”

Though Midwestern State University is a public liberal arts college, it is an independent public school and, therefore, not affiliated with the Texas public university system. Midwestern comprises seven colleges and offers students 43 different majors and 30 minors. Interestingly, Midwestern State University was the first public school in The Lone Star State to establish a core curriculum for its undergraduate students. Some of Midwestern’s notable alumni include Dr. Phil McGraw and Western novelist Larry McMurtry.

New College of Florida is one of 11 autonomous members of the Florida State University System. It’s a public liberal arts honors college that promotes four core principles. First, New College students should understand that they alone are ultimately responsible for their education. Secondly, a great education results from “exciting teachers and able students” working together. Additionally, demonstrated ability and real mastery should determine a student’s progress. Lastly, students should have opportunities to explore in-depth their own areas of interest. To align with these principles, the New College of Florida works a bit differently than the traditional school. For example, students may pursue independent study projects, all students must complete a senior thesis before graduation, and instead of traditional grades, professors hand narrative evaluations.

Located in Mahwah, New Jersey, Ramapo College (RCNJ) comprises five colleges: business, contemporary arts, humanities, and global studies, social science and human services, and theoretical and applied science. Each college offers a variety of undergraduate degree programs and minors. In 2018, RCNJ was ranked by U.S. News and World Report as the 37th-best university in the North, while Forbes named it the 127th-best public college in the nation.

Despite its name (and its history as the place where adherents to Catholicism sought to reestablish it as a state religion), St. Mary’s College of Maryland is a secular public liberal arts school. Thirty-one different undergraduate majors and minors are offered, as is a master’s degree in education. The college is no stranger to “Best Of” lists. U.S. News & World Report ranked St. Mary’s the 6th best public liberal arts college in America, and the 99th best liberal arts college overall. Interestingly, U.S. News also named St. Mary’s the 10th best college in the country for veterans.

SUNY Geneseo is one of two schools in the State University of New York system to make our list of the best public liberal arts colleges. The university offers 48 undergraduate degree programs, the most popular of which are biology, business, social sciences, psychology, and education. The latter, easily the university’s most popular major, is especially notable, considering Geneseo was initially founded as a teachers’ training college. The liberal arts are well represented in Geneseo’s core curriculum. All undergraduate students, regardless of major, must take two courses in Western humanities, plus courses in U.S. history, a foreign language, Other World Civilizations, and the natural sciences, among others.

In 1967, New York Governor Nelson Rockefeller founded the State University of New York, Purchase as “the cultural gem of the SUNY system.” Thus, it shouldn’t be too surprising that SUNY Purchase, known also as Purchase College, is included in our list of the best public liberal arts colleges. According to its website, the top-ranked Purchase offers students “a unique education that combines programs in the liberal arts with conservatory programs in the arts in ways that emphasize inquiry, mastery of skills, and creativity.” Indeed, Purchase tends to attract quite many creative types. Among the university’s alumni are Edie Falco, Zoe Kravitz, Parker Posey, Ving Rhames, Wesley Snipes, Stanley Tucci, and Constance Wu, to name but a few.

Truman State University is Missouri’s official public liberal arts college. Thus, Truman — named for the president, by the way — employs its Liberal Studies Program as its required core curriculum. All students, regardless of major, are required to take courses that satisfy three distinct areas of learning:

Undergraduates may choose from various degree programs, including:

University of Maine at Farmington

Not only is the University of Maine at Farmington one of the best public liberal arts colleges in the country, but it is also a founding member of the Council of Public Liberal Arts Colleges, the organizing body of most of the schools on this list. The university offers its undergraduate students a variety of majors, including political science, creative writing, environmental science, and women’s & gender studies, to name but a few. Farmington consistently ranks amongst the best liberal arts colleges in the country and made U.S. News & World Report’s list of “America’s Best Colleges” a whopping 16 years in a row.

Like many schools on our list of the best public liberal arts colleges, the University of Mary Washington started out as a teachers’ training college. Today, UMW offers more than 60 majors spread over three colleges: Arts & Sciences, Business, and Education. True to the liberal arts tradition, the university focuses on educating the whole student. Many students choose to compete on one of the university’s 23 NCAA Division III teams, while one-third of undergrads take advantage of study-abroad opportunities. Interestingly, the University of Mary Washington campus is located on several sites that played an important role in the Battle of Fredericksburg during the Civil War.

University of North Carolina at Asheville

UNC Asheville is the only true liberal arts school in the entire University of North Carolina system. Thus, it’s a popular choice for liberally-minded students. Undergraduate students may choose between 36 majors for a Bachelor of Arts, a Bachelor of Fine Arts, or a Bachelor of Science degree. Many of Asheville’s degree programs are top-ranked, as is the university itself. The Princeton Review named it the top college in the nation on its list of “Best Schools for Making an Impact.” It’s also been ranked by publications such as Forbes, U.S. News & World Report, and Kiplinger’s on lists like “Best Values in Public Colleges” and “The Best 380 Colleges.”

University of Science and Arts of Oklahoma

Surely, one can tell by its cool name that the University of Science and Arts of Oklahoma is a school worth looking into. In fact, USAO is the only public college in the state that focuses solely on the liberal arts. At the heart of a USAO education is the 46-credit Interdisciplinary Studies Core Curriculum, which all students must take regardless of major. The core curriculum culminates with a senior seminar and the completion of a research project. Students may choose from 22 different majors within the colleges of Arts and Humanities, Social Sciences and Business, Science and Physical Education, and Education and Speech-Language Pathology.

The University of Virginia’s College at Wise

Located in Wise, Virginia, the University of Virginia’s College at Wise is the westernmost public college in the state. The university is organized into ten departments, including Business & Economics, Education, Mathematics and Computer Science, and Natural Sciences, among others. Collectively, these departments offer 31 undergraduate majors. In addition to a core curriculum, all students, regardless of major, are required to attend four cultural activities and complete a one-semester seminar that covers all things relating to the high school/college/adulthood transition.

This concludes our feature on the top 20 best public liberal arts colleges.