How Does a Master’s in History Increase Your Earning Power?

Students who have just finished their undergrad likely want to know how does a Master’s in History increase your earning power. It does so in a number of ways. However, master’s degrees are expensive and students need to weigh whether the costs of getting one will ultimately benefit them over the course of their career. A Master’s Degree in History will often affect the career path and salary potential of those who earn one. 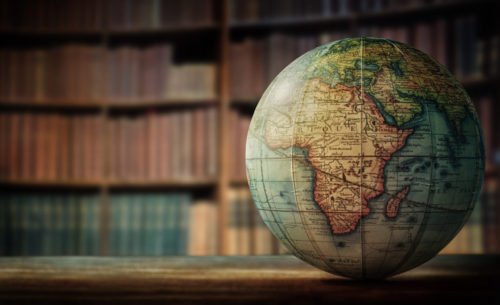 The General Effect Of Graduate Degrees on Salary

It isn’t just about the money with history majors. In fact, history is one of the few fields where most people entering it need to get an advanced degree – either a master’s or a PhD – to be considered for most jobs. Most historians are affiliated with universities, and an advanced degree is needed to become a professor or researcher. Many museums and historical sites require master’s degrees of their applicants as well. How does a Master’s in History increase your earning power? It’s not just in money. Students need a master’s degree or higher to get many jobs in this field.

According to Business Insider, holders of a master’s in the humanities, which includes history, see a salary increase of only about 2 percent. However, it should be noted, again, that this is relative and these statistics include history degrees in with other humanities subjects such as theology and political science. Many other subjects that have greater increases also have much lower starting salaries with only a bachelor’s degree. In addition to this, as previously mentioned, many jobs in the history field require a master’s degree anyway, so these factors combined all make obtaining a history master’s a good move.

Which Master’s Program Is Chosen

The prestige and quality of the program where a student earns their Master’s of History is also likely to influence salary expectations upon graduation. For example, a history master’s from an Ivy League school with a well-regarded history graduate program is likely going to help a student land a more high-paying job than from a program that is lesser-known and of lesser quality. This is often simply because of the prestigious research opportunities and professional networks grad students have access to in these programs, as well as specializations that help students land good positions. It is important for all history majors looking to attend grad school to choose carefully.