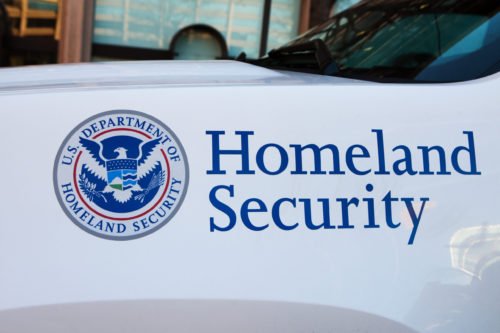 The Federal Emergency Management Agency or FEMA hires graduates with degrees in homeland security. FEMA technically is charged with coordinating the response to different types of disasters that occur within the United States and it territories. Specifically, FEMA focuses on disasters that overwhelm the resources of state and local authorities that normally address disasters of different types. Not only is FEMA involved in the response to natural disasters but the agency’s charge extends to situations involving intentional threats to the nation’s security.

The Transportation Safety Administration or TSA is another federal government agency that hires homeland security graduates. TSA is responsible for the security of the traveling public in, into, and out of the United States. TSA is perhaps best known for its presence at airports in the U.S.A. With that said, TSA is also tasked with security on commercial busses and passenger railroads in the country.

U.S. Customs and Border Protection is the largest federal law enforcement agency in the United States. This agency is the primary border control and security in the United States. In addition to regulating immigration into the country and preventing illegal entry into the U.S.A., Customs and Border Security is involved in other activities as well. These include regulating and facilitating international trade and collecting import duties. The agency does have a need for individuals with a degree in homeland security.

There are myriad of different state and local agencies across the nation involved in emergency preparedness. These agencies deal with matters like natural disasters but also those associated with national security. Some of these agencies also hire individuals with a homeland security degree.

In addition to positions of employment in the public sector for people with a degree in homeland security, there are also some opportunities in the private sector as well. For example, there are firms that specialize in providing security-related and consulting services that need people on their teams with degrees in homeland security.