5 MBAs that Lead to the Highest Paying Careers

If you’re in a Master of Business Administration, or MBA, program, you’re probably looking to secure a job with more responsibility and higher pay. In some industries, even entry-level candidates are expected to have an MBA. However, not all MBA concentrations rake in the big bucks. Read below to find out which area of concentration can prepare you to earn the highest salary. 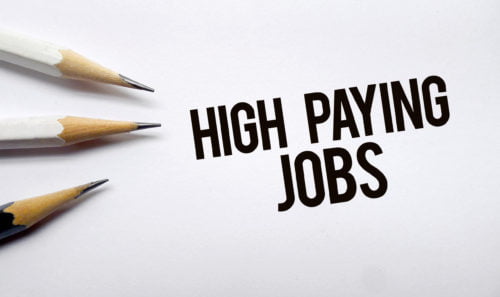 According to PayScale, MBA students who concentrate in strategy can start out earning salaries of at least $90,000 a year. This concentration can land you a job as a management consultant, chief operating officer, strategy manager or product manager. You can also work as a strategy consultant or business development director. Reported job satisfaction for students who graduate with a concentration in strategy is high.

This article on Monster.com explains that even candidates for an entry-level career in finance are often competing with other MBA graduates. PayScale reports that graduates with a concentration in finance can begin their careers making almost $70,000 a year, moving up to about $127,000 within 10 years.

A Poets & Quants analysis from September 2015 explains that although computer science is not among the top five concentrations to secure a high-paying job, MBA students who graduate with this concentration have been earning steadily increasing salaries over the past few years. There is a large potential for income growth in this field, with graduates starting out with salaries of about $84,000 and earning closer to $128,000 10 years later. A technology management career path is one of the least popular, which means that you won’t have as much competition if you choose this concentration. PayScale reports that more than 75 percent of people working in this area are satisfied with their jobs.

Entrepreneurship is up there as an MBA concentration that results in a substantial income. Entrepreneurs often go on to establish their own companies, and they may also work as consultants. Bonuses for someone in this field are typically less than those for a financial strategist, affecting the total salary potential. However, individuals who work for a startup company often receive equity in the company as part of their compensation packages.

Although you may start out earning only about $55,000 a year as a graduate with an MBA in marketing, the field is not as competitive as finance, and 69 percent of people in the industry report being happy with their careers. The growth potential in marketing is tremendous. The wage growth between the starting and mid-career salaries is a whopping 108 percent.

There is quite a bit of overlap when it comes to securing a particular career with a specific MBA concentration. For example, whether you major in strategy or entrepreneurship, you can work as a senior product manager or business development director. MBA graduates earn a median salary of about $104,000 and report extreme satisfaction with their jobs across the board. Any MBA concentration that matches your interests should be lucrative and fulfilling.