Contents
What Are The Standards For OSHA Compliance?
What Do OSHA Audits Cover?
Which Workers Are Covered By OSHA?
Conclusion

The Occupational Safety and Health Administration (OSHA) is the primary organization that enforces federal laws that protect American employees from hazardous work place conditions. The organization, which was established in 1970, has presumably prevented and reduced the occurrences of all types of workplace injuries and illnesses since its inception. While some managers complain about the effort that it takes to document safety policies, comply with OSHA rules and participate in audits, most business leaders realize that it is less costly to maintain a safe and healthy workforce than it is to pay for numerous worker’s compensation claims and wrongful death lawsuits. Here is an overview of the scope of OSHA’s influence on American workers and businesses. 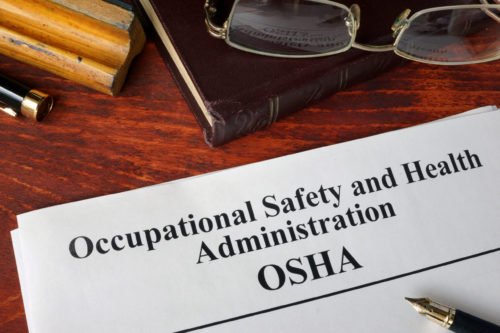 What Are The Standards For OSHA Compliance?

There are general OSHA standards for which all businesses must comply no matter the industry in which they operate. Some of these standards pertain to walkways and working surfaces, workplace exits, power lifts and scaffolding and environmental exposure and controls. All businesses must keep working areas and passage ways free of debris and sanitary. These companies also must clearly establish and highlight normal exit routes as well as paths for emergency egress within work facilities. Minimally, workers must have access to their companies’ emergency action procedures and fire prevention plans. Many laborers are exposed to high levels of light, noise, heat, paint chemicals, dust or debris in their workplace environments. OSHA has rules that require that these workers wear the proper safety gear such as goggles, earplugs and ventilation masks. Other standards that OSHA oversees are industry specific.

What Do OSHA Audits Cover?

When a representative from OSHA shows up to conduct impromptu audits, business managers either get a sinking feeling in their guts, or they let out sighs of relief because they prepared for such investigations beforehand. Some of the items that OSHA investigators inspect during their visits are the companies’ health and safety manuals, equipment inspection records and employee safety training records. These OSHA representatives want to see if companies have published health and safety policies, plans and procedures in place and if they comply with those recorded documents. OSHA officials usually conduct walk through inspections of facilities, and they may choose to interview employees or management staff. After inspections, OSHA representatives usually let company representatives know about obvious violations that could lead to citations and fines. If citations are sent to companies, the organizations must either pay the fines or contest the citations if they believe the claims are false. Either way, companies should quickly remedy violations or perceived violations before the dates that are specified on their citations.

Which Workers Are Covered By OSHA?

Although health and safety are important for all workers, some laborers are not covered under OSHA’s rules. Those who work in America’s transportation, mining and agricultural industries are usually not covered under OSHA. Some government civil servants and other workers who are employed in the public sector are not included among OSHA’s protected employees. Independent contractors, who are not considered employees at all, also fall outside of OSHA’s regulatory coverage of 100 million plus employees.

“Made in the USA” is a statement that still evokes thoughts of quality and durability for manufactured goods, and the reputation was earned in large part from the efforts of American laborers. Many of these workers perform at their best because of the OSHA safety and health standards that protect them within their workplaces.