Is a Music Degree a Good Value? 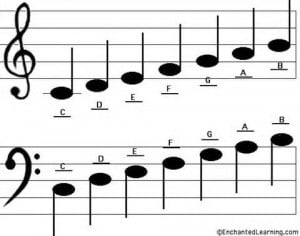 Is earning a music degree worth the investment you will make in your education? The answer depends upon what you mean when you discuss the value of the degree. Many majors, such as medicine, can lead to highly lucrative positions. However, few jobs in the music field command a top salary. There are other considerations though, and some of these are intrinsic and hard to quantify.

The Cost of Music Degrees

Since universities charge by credits taken, and most music degrees range in the 120 credit-hour range, the cost of your degree will vary according to the school you choose. At a state university, for instance you may pay around $6,000 base tuition per semester while at an ivy league school or music school like Julliard you may pay $57,000 to $58,000 for a year. Quora.com also says that there are many grants, endowments and other assistance available for music students. If you get accepted into one of these programs, the site says, you would be foolish to turn down the opportunity. On the other hand, most music students pay for their degrees out of pocket or with loans. If you expect to earn a high salary that enables you to pay off the debt quickly then you will have to pursue a career in one of the more lucrative music professions. According to Forbes, though some careers in music can bring six-figure incomes, the average musician makes around $53,000 a year.

What Can You Do With a Music Degree?

Some of the careers you can pursue with a music degree are:
• Accompanist: these professionals, usually pianists or organists, accompany choirs or other groups. Usually they are paid by the hour and may earn $30 to $50 per hour.
• Acoustician: acousticians operate the machinery used to record albums and mix the sound for performances. They earn a median salary of $58,670
• Arrangers: These people write and arrange music for performance. They earn $47,350 per year
• Conductors: Responsible for the performance of a choir or orchestra. They earn approximately the same salary as an arranger.
• Orchestra member: These professionals earn about $28 per hour, but an orchestra member in a top-notch orchestra may earn a six-figure income.
• Studio musician: These professionals accompany musicians on recordings, sometimes with only a cursory review of the music. They specialize in one or two instruments and usually are paid by the track or the album. The BLS says their median salary averages around $63,000.
Many of today’s bands and orchestras are asking that their members have graduate degrees. Of course, that adds an additional financial burden on the student. There is another tack musicians may take, however, and that is teaching music. Music teachers in high school earned a median salary of $55,000 in 2012. University professors did slightly better at $62,160.

Other Value in Music Degrees

An article in “The Guardian” described a roundtable discussion at the Royal Academy of Music in which several prominent music professi0onals discussed the value of a music education. One of the values identified was the addition music makes to culture and society and a whole. Another value is seen in the disciplines and work ethics that a study of music imparts to a student and that can carry over to other professions.

So, whether or not there is value in music education depends upon how and where you use it. Will it make you wealthy? It will probably not. There is, however, a value that cannot be quantified to earning a music degree to do something you really love.