Podcasts for criminal justice students go beyond what they study in the classroom and allow them to look at the criminal justice system from different perspectives. They can choose from podcasts from those who spent time in jail or prison and law enforcement professionals who helped track criminals and bring them to justice. There are even some that cover unsolved mysteries, which may get students excited about looking into those crimes and trying to solve them. Students can listen to these podcasts when they’re trying to relax in their dorm rooms or as they prepare for an upcoming test. 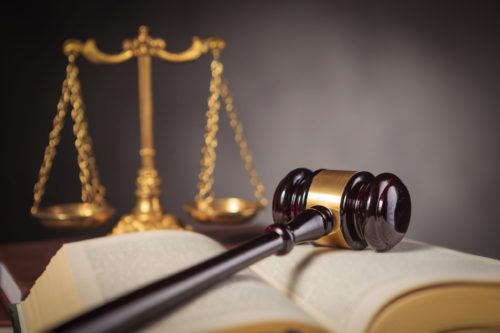 Caught: The Lives of Juvenile Justice

WYNC Studios partnered with The Root to create this podcast, which goes into depth about the experiences that juvenile offenders had. Though some think that juvenile detention centers aren’t as rough as prisons are, they often change their views after listening to this podcast. Not only does it talk about the mistakes that kids made that landed them in a detention center, but it also goes into the disparities and how something as simple as skin color can lead to a longer sentence.

The New York Times picked In the Dark as one of the best podcasts for those with an interest in true crime. More than 50 million people downloaded the first two seasons of the podcast in just four years. During the first season, the podcast focused on a little boy who went missing and what happened after the perpetrator confessed. Its second season told the story of Curtis Flowers. Flowers spent years on Death Row after a court convicted him of murdering four people.

Ear Hustle is one of the best podcasts for criminal justice students who want to learn more about those who spent time in prison. Each episode starts with a theme and then talks with people who have experiences with that theme. One episode started with a discussion about pets and the little things they do to annoy their owners before bringing in inmates to speak about similar issues. Another episode showed the human side of prisoners as it focused on the experiences they had with the people they served time with, including those who shared their cells.

Dirty John was such a popular podcast that it led to producers turning it into a television story. This podcast told the story of a man named John and the relationship he shared with his wife. It uncovered twists and turns in the story, including the lies that John told about his job and the affair that he had with another woman. While some of the episodes aren’t as appealing as others, it all leads up to a shocking conclusion. The makers of Dirty John also produce Over My Dead Body: Joe Exotic, which inspired a documentary series on Netflix.

“Disappeared” and other television shows focus on the cases of missing people, but one of the best podcasts that tell similar stories is Up and Vanished. Each episode begins with an introduction about the featured person and his or her life. It then goes into the facts surrounding the disappearance and looks at what the police did. The podcast includes any details about the investigation of that missing person too.

Whether preparing for an upcoming test working on an assignment, listening to podcasts can help college students relax. They may learn about cases they didn’t talk about in class and hear stories that they’ll want to share with their classmates. In the Dark and Dirty John are just a few of the top podcasts for criminal justice students.