How to Get a Job at Disney World: 5 Tips

Contents
1. Understand and Demonstrate your Understanding of the Disney World Mission
2. Find an Internship Position
3. Find a Co-op Position
4. Network with Employees to Get a Cast Referral
5. Look Like a Local of the Central Florida Area 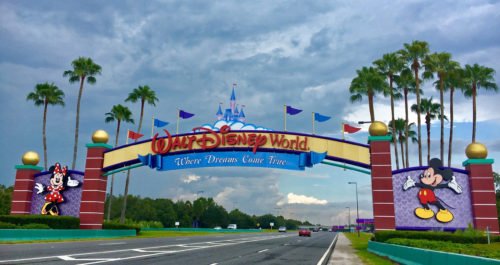 Wondering how to get a job at Walt Disney World? For many fans of the theme parks, getting a job at Disney represents a dream fulfilled.

If you’re like most people, you’re familiar with Walt Disney World because of vacations spent at its locations in California, Orlando and international sites. Given the pleasant memories, expectations are high that getting hired by the Walt Disney company for an official Disney job is as magical as spending a few days as a paying guest.

Without a doubt, the undeniably great perks of being a Disney World employee are plentiful, not the least of which is free or discounted entry to Disney parks for employees and family members. It’s easy to see why someone would want to work at Disney.

However, entry-level rates for the theme park are barely above industry standards. As with any career, hard work and dedication is the path to positions that pay better at Walt Disney Word because this is a company that likes to promote from within. The most important part is getting hired in the first place. And it’ll take more than just an impressive cover letter. Here are our tips for how to get a job at Disney World:

[pullquote]Without a doubt, the perks of being a Disney employee are plentiful, not the least of which is free or discounted entry to Disney locations for employees and family members.[/pullquote]

1. Understand and Demonstrate your Understanding of the Disney World Mission

Walt Disney World is in the business of providing exemplary entertainment experience to its guests. The criteria for shortlisting candidates and retaining employees revolves around this mission. If you’re interested in Disney careers, be prepared to show the personality and drive of someone who can provide excellent customer service at all times. Corporate culture demands professionalism, and this extends to looks: Show up for Disney job fairs or hiring events with a clean cut and professional demeanor. This refers to basic stuff such as eliminating facial hair, party hair colors, loud nail polish and unprofessional attire. Assure cast recruiters that you have reliable transportation. Also, be sure to tell them you are prepared to work weekends, most holidays and odd hours to improve your chances of getting a job at Walt Disney World.

The summer internship is a paid position that will provide valuable on-the-job training and many opportunities to network with existing cast members. According to Disney insiders, getting an internship increases your chances of being hired for other positions later on. Internships are open to undergraduate and graduate positions.

Recent graduates can apply for a co-op position, which is essentially a collaborative position that provides opportunities to work with the company’s creative, business and technology teams and to present your ideas to Disney executives. The duration of the professional co-op position is six months that will run from either January to July or July to December. The internship and co-op programs serve as a pipeline for potential Disney employees that have been mentored, trained and exposed to Disney’s corporate culture.

4. Network with Employees to Get a Cast Referral

Disney is referred to as the largest employer for a single site location. The company operates parks in the U.S. and in international cities. Each location employs tens of thousand of people for a total of 130,000 employees worldwide. What this means is that if you fulfill your Disney dreams by getting a job at Disney at whatever level, there is a lot of room to grow even if stay in the same location. Many of today’s middle and upper-level executives started as a Disney cast member.

That said, Disney values the word of its employees. If you can get a current employee to sign a cast member referral card on your behalf, it will increase your chances of getting a job at Disney. Many applicants complain about this provision, but it is an employee perk and a way for the company to show appreciation of its employees.

5. Look Like a Local of the Central Florida Area

Disney does not provide relocation packages to anyone aspiring for positions outside of the executive circle. It’s just not part of the hiring process. Some applicants and job seekers have been known to use a local post office box and a local phone number in the Orlando area to enhance their employability at Disney. This demonstrates strong motivation to get a job at Walt Disney, but be prepared to explain yourself if you land an interview. You will have to explain why none of your previous work experience is in California or Florida.

Landing a Disney job at whatever level is a huge step when it comes to building a long career at the happiest place on earth. Start by browsing available positions and job titles at the Disney Careers website, and study the corporate culture to increase your chances of getting hired by Disney for your dream job.