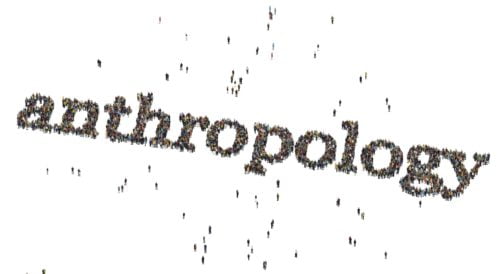 When considering which TED Talks to view, it’s essential that anthropology students keep in mind that their discipline is the study of human beings at any time in any place, along with material and ideological cultures, non-human primate relatives, and any other trappings one can imagine. Naturally, it’s a broad discipline, but one marked by endless possibilities. These five talks delve into the matter of humanity and the implications of culture for our physiology, how we interact with one another, how we can use the discipline to improve life or solve problems, and much more. Consider this a taste of all there is to explore, to understand, to know about anthropology.

While it directly references organizational psychology, Grant’s Talk focuses on a core interest for anthropologists who study the formation and mechanics of human sociality—how we come together and stay together in social groups that transcend biological kinship. Givers, Takers, and Matchers are the three groups of people who make up most human groups, with Matchers being more than half in most cases. This closely parallels Game Theory scenarios, in which most players follow a Quid Pro Quo strategy in order to win or maintain stasis in social interaction. But Givers, who often sacrifice their own productivity in order to enrich the company or organization of which they are a part, also point to an important human attribute—altruism. This is as elemental as those who embody selfishness.

In her talk for TEDxNashville, Al-Shamahi explores the consequences of conflict for archaeology. Some of the richest and most critically important sites that help us understand our origins or turning points in our histories are located in dangerous places. Researchers may avoid working in these spaces or be barred from them by the parties in conflict. Using humor, she engages her audience in an exploration of the dangers faced by researchers in unstable areas and implores them to care about these places. They may hold the keys to how we left Africa, how extinct Homo species interacted with our ancestors, and how basic technologies developed.

3. Stephen DeBerry: Why the “Wrong Side of the Tracks” Is Usually the East Side of Cities

DeBerry asks the question, “What do the socially, economically, and environmentally marginalized communities in our world share?” The answer is startling—it’s the wind. Using a campfire as an example, he asks who sits on the side of the fire with the smoke blowing in their face (or downwind of the industrial smokestacks?) Those with less power. His brief but incisive TED lecture compares cities across cultural and nation-state borders, from East Palo Alto to Eastern Jerusalem. Critically exposing the disparities in wealth distribution, sociological segregation, and resource allocation when designing urban environments, he also poses solutions.

4. Genevieve Von Petzinger: Why Are These 32 Symbols Found in Ancient Caves All Over Europe?

Writing is often presented as a sudden innovation—the introduction of cuneiform or Chinese glyphs. But Von Petzinger presents repeated symbols found at ancient cave sites across Europe that hint at a much more gradual and organic evolution of writing. She asserts that writing grew out of Homo’s attachment to symbolic representation, as seen in spoken language and art forms. In her TED Talk, she explores the species’ ability of graphic communication, to preserve meaning across distance and between cultural groups that spoke different languages.

Drawing on her research of ancient Maya caves, archaeologist Holly Moyes explores the question of how the quality of darkness influences human imagination. This faculty to combine disparate forms to create novel ideas has been linked by evolutionary anthropologists as the substrate from which all human innovation and invention springs. Anthropologists have also questioned why early humans and other Homo species ventured deep into caves beyond the reach of natural light. She asserts in this TED presentation that these individuals sought darkness in order to access a different aspect of imagination that is rooted in animal fear but permits access to the super-ordinary and extra-natural.

Anthropology, specifically the subfields that focus on excavation, extinct Homo species and non-human primates, is a discipline based on understanding, preserving, and mapping the journey of humanity. Even specialized research questions and areas of interest often blossom into broadly applicable concerns for all humans living and working in the world today. In these five TED Talks for Anthropology majors, individuals can access these questions and reframe their accustomed perspectives to tackle challenges that pose serious issues in their lives.