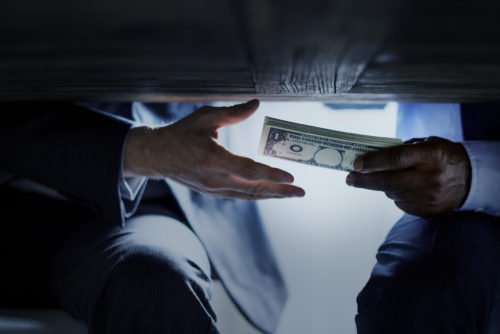 Operation Varsity Blues is an investigation spearheaded by the Federal Bureau of Investigation that uncovered various incidents of bribery by wealthy parents to facilitate the admission of their children to some of the top colleges in the nation. The scheme involved offering bribes to college coaches to allocate slots intended for athletic recruits to children from these privileged families. An alternative scheme offered bribes to test proctors for special accommodations for students to improve their SAT/ACT scores.

1. Key Players: William Singer and Others

William Rick Singer is a self-styled college admissions consultant who used side-door strategies to help the children of his paying clients to get into top-tier colleges. Singer was the head of the college prep company, The Key, based in Newport Beach, California. He was the mastermind, point man and primary contact between the families, test administrators, test takers and coaches who became involved in the scheme. Singer and two employees of his companies have been indicted. Coaches from Yale, University of Southern California, Stanford, University of Texas and others have also been named, and all of them have since been suspended or fired from their positions.

Thirty-three parents have also been charged. The most prominent names include fashion designer Mossimo Gianulli and his wife, the actress Lori Loughlin, actress Felicity Huffman and various business executives, including Gregory and Marcia Abbott, Todd and Diane Blake, Amy and Gregory Colburn and several others. None of the students have been charged, but the schools have said that they will refuse readmission to any students involved.

Singer capitalized on his insider connections in the athletic departments of targeted universities. One of the schemes involved giving slots intended for outstanding athletes to students who were not involved in the sport. In another scheme, Singer ensured special accommodations to allow students more time to complete the SAT/ACT or to allow proctors to change answers to improve test scores. Another scheme involved outright cheating by sending a professional test-taker in place of the students.

Morrie Tobin, a Yale graduate who was under investigation for securities fraud, allegedly offered the information about possible college admissions cheating at his alma mater according to a report in Rolling Stone. Tobin was hoping for leniency and a lighter sentence. The FBI’s Operation Varsity Blues investigation lasted for at least a year, name-checking the following universities: Yale, Georgetown, Stanford, UCLA, Wake Forest University, University of Texas, University of San Diego, and USC.

For the parents involved, the charges fall into two categories according to CBS News: cheating on standardized tests and bribery of officials to ensure college acceptance. It is alleged that the parents had no direct contact with the coaches, the test administrators and the test takers involved. Singer himself is facing nationwide racketeering conspiracy and money laundering charges, which may earn him a maximum sentence of 65 years imprisonment.

Gianulli and Huffman were arrested on the day the charges were unveiled. Loughlin surrendered to authorities when she returned from Canada where she had been filming. All three are now out on bail, but Loughlin has been fired from her jobs while daughter Olivia was dropped by several sponsors. Singer is cooperating fully with the investigation, giving the FBI access to records that show probable cause to arrest his clients. Singer may still go to jail for his involvement in the scheme.

The fallout from the Varsity Blues admission scandal has spread to the students starting with the Gianulli daughters voluntarily withdrawing from USC. USC and other schools are still investigating, but it looks like students ensnared in this scheme will end up suspended or expelled, which would be ironic considering what they had to do to be admitted to their dream college.