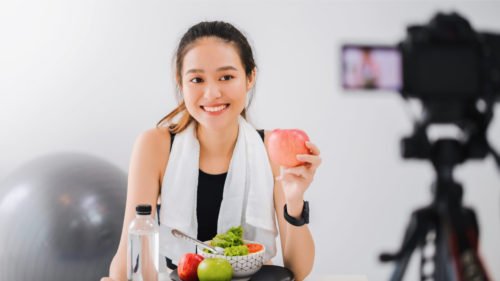 The top five fitness influencers worth following on Instagram include some of the top names in the industry and few new fitness experts. They provider their followers with tips on how to get off the couch and get active as well as advice on working out at home or in the gym. Their followers can also use the photos they share as inspiration to create Instagram accounts too.

Michelle Lewin uses the handle michelle_lewin on Instagram, which makes her easy to find and follow. Lewin grew up in Venezuela and began working in a small gym as she helped her clients develop better fitness routines and improve their bodies. Her hard work led to the creation of an Instagram account that inspired people from around the world. She now runs clinics and releases books and apps when she’s not on Instagram to help her followers get in shape.

With more than 4.5 million followers, it’s clear that Simeon Panda is one of the top fitness influencers on the site. Going by the handle simeon_panda, he provides advice and guidance for men who want to develop strong pecs and great bodies. Panda became popular in his native UK as he appeared on the covers of several magazines and developed a client list as a personal trainer. He now dispenses the same advice that others paid for to those following him on Instagram.

One of the faces on the cusp of becoming a huge star on Instagram is Emily Skye. Though she only has a little more than two million followers, those followers include some from her native Australia and others from around the world. Skye uses Instagram to show fans some of the workouts that she does to stay in shape and how she got her weight down after giving birth. Her account also provides followers with links to the apps she designed that helps them eat healthily and lose weight. She shares tips for working out in the gym and at home on the site.

Some who use social media sites might remember Joe Wicks for the success he first had on Twitter. His account became so popular that he wrote the book “Lean in 15,” which later became a popular series of books about weight loss. Wicks now uses Instagram as a way to share some of his latest recipes and to connect with his more than 15 million followers. Instead of just focus on exercise, he shows his followers that losing weight also involves some simple lifestyle changes and how eating healthy can include delicious foods.

When Forbes ranked the leading fitness influencers, it put Kayla Itsines near the top of that list. Itsines is one of the fitness influencers worth following on Instagram because she shares tips and workouts that others pay money to view. Since launching her brand in Australia, she gained followers from around the world and now hosts lectures and events that sell out at major venues. Forbes found that she has more than six million followers and that she made more than $17 million in 2017 alone.

The idea of losing weight and getting in shape is a popular one. It once required daily trips to the gym and strict diets, but those who want to lose weight can now get free help and guidance on the web. Many turn to the top five fitness influencers worth following on Instagram for that help.