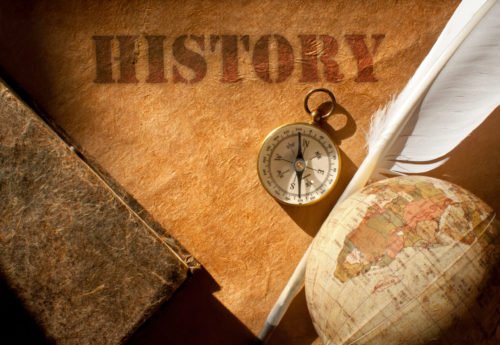 There are many fascinating courses in a history degree program. Students are usually given significant leeway in choosing eras, locations, and subjects that are of interest to them, so course selection will largely depend on personal preference so long as basic requirements are met. Although more specific courses on these topics are often offered, here are five general courses history students are bound to find interesting.

1. The History Of Africa

The history of Africa is intrinsically tied to the history of the world and human civilization itself. It has also sadly been ignored, marginalized and misinterpreted throughout world history. Many history degree programs are trying to change that, offering robust and fascinating courses in African history as a whole as well as specific regions and time periods. Most students are not especially familiar with the intricacies of African history, making African history courses important for their general understanding of society and the world, in addition to simply being interesting to learn about.

2. The History Of The Middle East

3. The History Of East Asia

The history of East Asia is long and storied, making any class about this region among the more fascinating courses in a history degree program. China was among the most powerful societies on the planet for centuries and still is. Countries like Japan, Mongolia, and Korea have distinct, fascinating histories, and the story of Southeast Asia is just as interesting. All have seen the rise and fall of powerful rulers, fascinating cultural movements, intriguing military history and more. Studying this region will also expose students to ways of thinking that are distinctly Eastern in nature.

Americans in general sadly often know little of the history of the people who inhabited the United States before the arrival of European colonizers. Taking a course in Native American history as part of a history degree program can change that. These courses will teach students about the history of the many Native Nations of America, their struggles and triumphs in the past, and often spend some time discussing the problems Native peoples face today. These courses should utilize writings by Native people, which allows them to tell their story in their words, in addition to other overviews and primary sources.

Many Americans are interested in American history, and with good reason. The story of America is a fascinating one, and especially interesting during eras that are not commonly dwelt upon in high school classes. Modern American history courses will cover different timeframes – some may start after the Civil War, some may start at the beginning of the 20th century and others may begin in the mid-20th century. Much has happened since then – the advent of space travel, the civil rights movement, the War on Terror and other events that have shaped not only America but the world itself.

The discipline of history can be far-reaching. Some universities teach classes on environmental history, medical history, and other perhaps unusual topics. The above examples are just some of the fascinating courses in a history degree program.