The concept of restorative justice isn’t a new one, but it has led to more than one reform movement throughout human history. It is at once popular, and highly controversial: the idea that justice should focus on rehabilitation, in part through reconciliation with crime victims and members of the community. Some people find the idea ungratifying, while others question whether or not it is reasonable to expect the victims of major crimes to be subjected to yet another ordeal. In some cases, however, this progressive justice model is being tried outside of the criminal justice system, and is meeting with significant success. One of these instances is within certain school districts, where infractions are often slight, and sometimes based primarily in a misunderstanding. 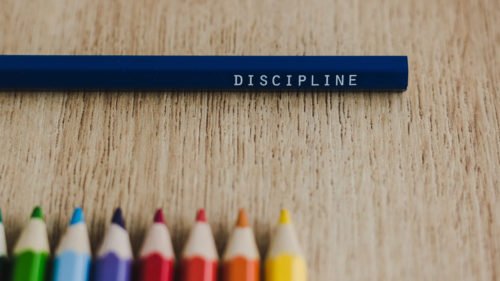 Here are five advantages of the use of a restorative justice model in public schools.

Moving Away from Suspensions

Detention, suspension, in-school suspension, and other traditional disciplinary measures have a long list of negative consequences. Foremost among them is the fact that they demonstrate little to no effect on student behavior. They completely disregard the underlying factors that lead to behavioral issues, and they make keeping up with academics and other important aspects of a student’s life difficult. They also distract teachers and other staff from time that would be better spent forming lesson plans.

Negative disciplinary measures produce negative results. Students who are repeatedly subjected to punitive measures are not only more likely to be disruptive in class, they’re also more likely to drop out without completing their education. Prior to dropping out, they manifest severe behavioral issues which are caused, to some extent, by the punitive disciplinary measures meant to keep them in check. This leads to more expansive turnover of teachers and other staff, particularly new and inexperienced instructors.

Students often feel singled out and unfairly treated in response to punitive justice models in public schools. Many of these measures were implemented in days when parental discipline was widely embraced, in a form that we now recognize as being abusive today. Punitive measures are out of step with modern behavioral analysis, which is rooted in developmental psychology. Students whose issues are confronted constructively are less likely to fall behind on academics, less likely to drop out, and less likely to have recurring issues than those who are repeatedly punished for something they might not understand.

Schools which institute restorative policies for managing behavioral issues experience a dramatic reduction in incidents of bullying and violence among their students. Positive and constructive measures, based in a community approach whereby students are treated as valued individuals, are demonstrably more effective in reinforcing positive behaviors than punitive measures.

In many schools with mixed demographics, punitive disciplinary measures lead to the perception of persecution or bias. Restorative discipline focuses on the student body as a whole, and on positive, supportive behavior. Studies show that it reduces the perception of racial, ethnic, religious, cultural and gender-based discrimination, thanks to an approach that takes the emphasis off of what a student “did wrong” and refocuses it more constructively.

The effects of maintaining a restorative justice model in public schools support ideas like self-discipline and personal responsibility. They create caring, supportive atmospheres, which result in significantly less bullying over time, and have also been demonstrated to support an increase in both academic and extracurricular performance.