Will Pursuing a STEM Degree Give Me a Good Return on My Investment?

The consensus of experts in the best college degrees is that a STEM degree offers the best return on investment. That shouldn’t come as a surprise if you understand that new knowledge in technology doubles every twelve months. The Internet, cloud usage and robotics have revolutionized the way society functions. Computing is vital to almost every aspect of our culture and its language is found in mathematics. 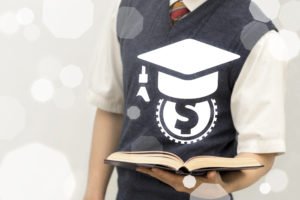 What are STEM Degrees?

The acronym STEM stands for science, technology, engineering and math. In the 1970s and 1980s the most sought-after degrees were in the helping professions and in education. By the late 1980s the information age had dawned and people were looking toward careers as scientists, computer engineers and programmers. These careers require strong foundational skills in sciences, mathematics, technology and in engineering, the STEM skills.

What Makes the Degrees Good Investments?

If you are independently wealthy, the cost of a college education may not be important to you. For most people, however, it is a major concern. According to an article in the U.S. News and World Report, the average four-year degree from a public university costs $68,500. If you earn your degree at a private school, that number can climb to $154,300. Even with scholarships and grants, most people begin their careers under the burden of deep student debt. The careers associated with STEM skills are the highest-paying and offer the best opportunity to retire that debt. The highest salary currently is for petroleum engineers who earn a median $120,000. This is in comparison to the median salary for a social worker of a little more than $42,000. As a matter of fact, people with a four-year degree in STEM areas generally earn more than those with graduate degrees in education. The article explains the disparity in this quote: STEM skills are the “core language of technology and commerce in the world.” In other words, every profession depends to some degree on computerization and digital information. The healthcare industry, manufacturing and banking have been revolutionized by computer technology, but even small businesses store much of their data digitally. That means the outlook for these careers is extremely bright; by 2018 there are expected to be eight million jobs in STEM professions. Colleges that are strong in STEM programs are consistently rated as “best values.”

What if I Want to Work in Another Area?

STEM professions are not for everyone. If you do not have an aptitude for the technical and scientific skills you would not be happy or successful in these careers anyway. However, you can still benefit from obtaining STEM skills. A New York Times article encouraged majoring in another discipline but adding STEM courses to your degree.

People with STEM skills earn more in healthcare, business, finance and other non-technology related careers. Science, math, technology and engineering are the skills of the present and of the future. The United States has placed a lower emphasis on developing these areas than many of its global neighbors and now is forced to make up for this dearth. Universities and corporations are “paying attention” to graduates in STEM fields and rewarding them with higher-paying positions. The higher salaries and the increased job outlook are two of the biggest factors in naming a STEM degree as the best return on investment for students.