What Is Early Childhood Education?

Early childhood is generally accepted to mean the years before kindergarten, and early childhood education refers to the techniques and practices used in teaching those children. There have been many theories brought forth by experts in the field regarding how children learn, such as those from Montessori, Erikson, Piaget, Spelke, and Carey. As with any milieu where theories are the order of the day, certain belief systems wax and wane as time progresses. What’s in fashion today may not necessarily be in fashion tomorrow. 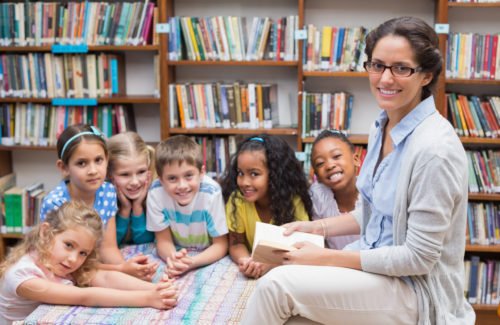 The website PreSchoolTeacher.org outlines five points that all schools who accept students under the age of 5 years should fulfill, according to the National Education Association. They are:

•A comprehensive and well-rounded curriculum that encourages development in all skill areas.

•Provides services, such as nutrition, basic healthcare, and family support

Federal and various state guidelines are strikingly similar but also include other ideas, such as balancing small activities with those of large groups and maintaining a learning pace that does not wear out small children.

Aside from the basics, certain schools that provide education for young children adhere to a certain theory. Montessori schools, for example, focus on the teacher being an observer and allowing a class of mixed-age students to choose their own activities.

A school that focuses on the theory of Erik Erikson supports the psychological development of the children as well as their education. It is similar to Montessori education. The chief difference is that Erikson gives great attention to conflict resolution and teaches the ability to problem solve within one’s own mind. Sometimes, a Montessori school will include lessons based on Erikson’s ideas too.

Early childhood education schools whose teachers follow theorists like Spelke, and Piaget before her, examine the methods by which children learn, such as the ways they modify their perceptions based on instruction or direct experience. Spelke’s work with gender-based intelligence, which showed, with a high degree of correlation, no difference between boys and girls is a cornerstone of co-educational childhood education.

Susan Carey builds upon the work of Piaget and Spelke, and her theory focuses on the acquisition of language and how that influences not only a child’s own learning but also the learning of the other children in the class. Unlike Piaget, whose theory of progress included slow learning between stages, Carey’s main idea is “fast mapping,” which strives to teach children the meaning of a word or concept after only one exposure.

Of course, there are many other applicable theories regarding children’s education. Some have been peer-reviewed, and some have not, and they all have differing degrees of applicability to any child’s particular situation. Parents are encouraged to read extensively about not only the theories of the teachers at any school in which they plan to enroll their children but also the track record of success of the school and its teachers. Any school worth its salt will sit down with parents and discuss its feelings and methods when it comes to early childhood education.