Should I Be Catholic to Go to a Catholic College? 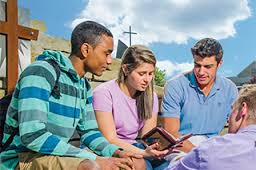 When you’re deciding on a university to attend, you may consider a Catholic college and whether this type of institution is right for you based on your academic and religious needs. Contrary to what you might assume, Catholic schools don’t usually restrict attendance to those of the Catholic faith. In fact, most schools today accept students regardless of their religious beliefs because many institutions have become more inclusive over the past few decades. Still, you might wonder whether it would be better for you to share the same convictions if you’re attending a Catholic school. The answer depends entirely on your perspective.

The primary difference between a Catholic school and a secular one is its set of fundamental or core values. Many secular schools base their programs on general principles such as academic excellence and global responsibility. Catholic institutions typically base their approach on specific sects within the Catholic doctrine. A Franciscan school, for example, would promote the ideals of St. Francis of Assisi, a prominent figure in Christian history. Benedictine colleges might focus on servitude based on the heritage of Benedictine monastic principles. When you attend a Catholic college, you will most likely be expected to adhere to guidelines that secular colleges don’t typically share, including community service hours or theology requirements. Catholic schools don’t necessarily force non-Catholic students into completing tasks that go against their personal beliefs, but these schools do heavily promote their own religion above all others

In an essay on the benefits of attending a Catholic university, Most Rev. William E. Lori, Archbishop of Baltimore, notes that “[a]ccess to the Sacraments, spiritual direction, Bible studies, courses in authentic Catholic theology, community prayer, and much more” await students who choose to attend Catholic colleges. If these elements don’t appeal to you, then you may be more suited to a non-Catholic or secular school. The fact is that while you don’t need to be Catholic in order to attend a Catholic school, you may spend more of your time arguing with professors and fellow students on elements of faith with which you disagree. Part of the benefit of going to college at all is engaging in spirited debate with people who hold different and sometimes radically opposing viewpoints. However, constant struggle may be counterproductive to your education. You should consider carefully whether the school’s academic programs and long-term benefits tie in with your needs and goals as a student.

The goal of any university today is to educate students. Regardless of whether the school adheres to 13th century religious doctrine or generic academic principles, the college that you select should benefit you in terms of your personal academic growth as well as your career goals. If you find a Catholic school that meets your criteria for things like class size, extracurricular options, academic major or internship opportunities, then your religious beliefs may not need to be a factor.

It’s not easy to pick a college, and it’s unlikely that you’ll find a single institution that meets all of your criteria. However, if you’re choosing between two schools that share the same features in every aspect except religious affiliation, then you may decide that attending a Catholic college is the best option for you personally.