Is a Degree in Political Science Worth It?

In order to help you determine your answer to the question posed in the title of this article, we will explore the political science major and the careers associated with it. Our goal is to present you with a clear understanding of the major, the field, and the opportunities that will be available to you upon graduation. We will also suggest a variety of combinations of majors and minors at the undergraduate and graduate levels that can help you achieve your goals. 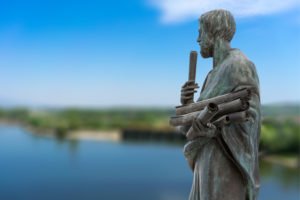 Political science is a field that can make use of a huge variety of skill sets. Politics incorporates elements of economics, statistics, sociology, anthropology, science, rhetoric, history, and law. Some of the jobs available to political scientists are campaign manager, speech writer, lobbyist, political analyst, academic, author, pundit, journalist, and political strategist. Every major think tank, campaign, grassroots activist movement, and corporation needs people who understand politics and the political system. Every politician needs staff to help shape their policy positions and craft their message. And these are just the jobs directly related to the degree. A political science degree enables you to develop a great number of skills that are immensely attractive to employers. The ability to gather, collate, and interpret data, and then create and communicate a compelling narrative using that data, is invaluable in many industries.

Did you notice that the list of jobs for political science majors didn’t include “politician” as one of the main jobs? Political science is not necessarily the best path toward becoming a politician. It can be part of the path for some, but it isn’t a part of the path for most politicians. Most people who aim to become politicians major in areas related to public service or the law. Many people don’t plan to go into politics, but later in life find themselves in a position to advocate for their communities. There is no direct path into politics for most people.

If you watch a lot of political coverage during a major election like the one we just had in the United States this year (2020), you will notice something that gets talked about more than almost anything else. Polls. Polls are everywhere. They indicate all sorts of things. What percent of people believe this or that. What polling indicates about how the election will turn out. Polls are fun and interesting because they allow us to feel like we have some idea about what the future holds, or what the right thing to do about certain situations or policies is. Polls, in theory, are inherently democratic. They are meant to reflect the opinion and the will of the people. But have you ever wondered how they are created? Can they be manipulated? What is the methodology behind gathering the data? And given the methodology, what is the best interpretation of any particular poll? Why am I suddenly talking so much about polls in an article about political science degrees?

Now, remember, this is an example, not a required path. But you can see how the interdisciplinary nature of the degrees can synergize to put you at a significant advantage in the political arena. Another, very different combination would be:

These are just a few of the combinations that can give you a strong academic foundation for work in the political science field. Other disciplines you might want to consider incorporating into your political science education are communications, criminal justice, computer science, anthropology, public administration, or environmental science to name just a few. I bet you can think of more. Tailor your degree choices to your interests, and the areas of public policy and politics you want to be part of. In our next section, we’ll talk about extracurricular activities that can help you network and begin your career.

The whole point of going into political science, regardless of your personal political beliefs, is to help shape the future through advocacy. One of the best things you can do is get involved. Volunteer with local charitable or advocacy organizations. Volunteer with campaigns on the local, state, and national level. Find a cause you’re passionate for and find an organization to work with to advocate for it. Gain experience at every level of politics, and make connections while you do it. It’s never too early to start getting involved in this way. If you’re still in high school, don’t let the fact that you’re still too young to vote fool you into thinking you can’t have an impact.

It’s also not a bad idea to get involved in student government or other student organizations and clubs. Develop your interests. When it comes to a career in political science, the degrees help develop the skills you need to be effective. They aren’t a free ticket into the world of politics and campaigns. And you don’t need a degree to start getting involved in making change. Some of the most influential activists in recent years have been high school students. Think about the Sunrise Movement, Greta Thunberg, Malala Yousafzai, or the survivors of the Parkland school shooting. These are passionate people who saw a problem, or experienced some of the worst the world has to offer first hand, and decided to get involved. So while degrees are important, so is cultivating your passion for the causes dear to your heart.

As you may have gathered, there are a lot of potential careers in political science. But let’s talk about one of the main careers available. Political Scientist. According to the Bureau of Labor Statistics there are roughly 7,000 total political science jobs in the job market as of 2019. The field is expected to grow at a rate of 6%, which is faster than average, between 2019 and 2029. This will amount to 400 new jobs being created in the field during that time.

Now, it’s important to know that this doesn’t mean there will only be 400 jobs available in that ten year span. People retiring or quitting and creating a vacancy for an existing job doesn’t count toward job growth. Still, these numbers might be a little discouraging. That’s why in previous sections we encouraged you to start getting involved in politics and advocacy as early as possible. Doing so will enable you to make connections, get to know people who are working in the field you’re aiming for, and develop those relationships. It takes a lot of work to succeed in the field of political science. But is it worth it? Well, if you’re talking salary, then yes, absolutely. The BLS indicates that political scientists make a median salary of $122,220 per year. The chance to create meaningful change that has a positive effect on the world combined with a great salary is rare. And if you’re passionate about it, it is definitely worth pursuing.

So, is a political science degree worth it? Well, if you’re passionate, if you’re willing to fight for your career and do the work that needs to be done in order to succeed, then yes. Political science isn’t like many other careers. There aren’t hundreds of thousands or millions of jobs available. If you want to be a teacher, you can get a teaching degree and you will always be able to find a job. Sure, if you earn enough degrees, you can probably find a good job in academia teaching political science and doing research. And those jobs are important. That research has significant implications for the world. But if you’re aiming for the politics side of the career, it’s difficult. It’s cut-throat, results-oriented, and competitive. And the stakes are high. If those things are appealing to you, if they even sound fun, then you’re on the right track with a political science degree.