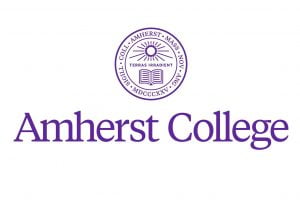 Amherst College appears in our ranking of the 30 Best Colleges for Young Democrats.

Amherst College offers degree programs for undergrads that allow them to pick a major and follow an open curriculum. This means that the college does not have any specific degree requirements. Students do not take general education courses or required major classes. They can pick a major and then take classes that relate to that subject. The American Studies major focuses on the history and culture of the United States and includes classes such as The Social Construction of American Society and The Purpose and Politics of Education.

Architectural Studies majors learn how to design and construct homes and other types of buildings from the ground up. The courses they take show them how to create blueprints and follow building codes. Biology majors take a number of science classes, including Molecular and Cellular Biophysics and Plant Form, Function and Diversity. Some of the majors prepare students for graduate school too such as the college’s Law, Jurisprudence and Thought program. The courses that majors take allow them to learn about the legal field and prepare for law school. Other majors at Amherst College include music, psychology, philosophy, art and the history of art, math, environmental studies and sexuality, women’s and gender studies.

Also available is an interdisciplinary studies major. Designed for those who do not want to choose just one major and those with multiple interests, it allows students to take a number of classes and study any subjects that interest them. They will need to meet with their advisors and declare an interdisciplinary studies major. Their advisors will help them decide which classes they should take based on what they want to do and where they hope to work. Students can declare a major when they start at Amherst College or later.

Named after the city of Amherst, Amherst College is a private school that is also one of the oldest colleges in Massachusetts. Established in 1821, it became the new face of Amherst Academy, a small school that was already in the city. The founder of the college hoped that it would replace Williams College, which had financial issues that almost forced its closure. When that second college overcame its financial problems, Amherst became a separate college. The college originally offered programs for young men with an interest in working for the Christian Church. Students took classes in English and other languages as well as science and economics. Amherst College now accepts both men and women and offers a variety of degree programs that all follow an open curriculum format.

According to Forbes, Amherst College is the 16th best college in the United States. Both Washington Monthly and U.S. News and World Report rank Amherst as one of the nation’s top liberal arts colleges. It also ranks within the top five of all schools in the country based on the number of students who graduate with their degrees. Though Amherst College is a very selective private college and only offer undergraduate programs, it has an enrollment of more than 1,800 students. The college’s acceptance rate ranges between 11 and 15%.

The New England Association of Schools and Colleges (NEASC) is a major organization responsible for accrediting schools in New England and along the East Coast. It awarded Amherst regional accreditation because the programs available teach students skills and knowledge that they will need outside of the college. Accreditation of this type gives students in need the right to request financial aid and use the FAFSA to get that aid. It also allows any student to bring credits from another school to Amherst and to take credits earned there to another school.

Amherst highly recommends that prospective students schedule a campus tour and attend an open house session. As the college offers a unique curriculum that is different from those at other schools, it wants to make sure that students feel confident that they can handle the freedom awarded by those programs. The college has a November 1 early decision deadline. Those not accepted for this session will have their applications moved to the standard deadline of December 15. Only 15% of the applications sent in for the early decision deadline will receive a response from the college. Amherst College usually accepts fewer than 15% of the students who apply by either deadline.

Students applying for either deadline must use an online application, but they can use the QuestBridge Application, Common Application or Coalition Application. Each application includes a writing supplement from the college that functions as a short essay. Students will pay a $65 application fee and submit several documents, including:

The college accepts both ACT and SAT scores from prospective students. Those accepted into the college will also need to submit a mid-year transcript or report after they receive their grades for the first semester of their senior years.

It costs undergrads more than $78,000 a year to attend Amherst College. This includes tuition and fees of more than $72,000. The fees for using the activity center and other college resources will add $1,000 to their annual costs. Students may pay different amounts because they spend less on textbooks and miscellaneous supplies and because they spend more time on the campus and less time traveling home. Amherst also lets students save nearly $2,000 a year if they have health insurance through their parents because they won’t need to buy it from the college.

Close to 60% of Amherst College students receive financial aid packages every year. Students can use the college’s website to set up an account on the Financial Aid Portal. Once they submit the FAFSA, they can use their accounts to find out when the college received the form and when the school processed it. This is also how they find out what aid they will get. More than 50% of the college’s students receive more than $57 million in grants and scholarships each year. Students can get loans and work for the college too. All undergrads enrolled in any of the Amherst College can apply for and obtain financial aid.